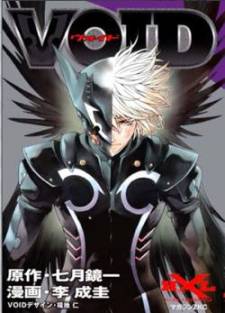 Humans with strange new powers have begun to appear. They are called Knockers. The Knockers are not without rival however, as they are being hunted by the mysterious being named Void! Not adhering to any notions of good or evil, Void pursues these Knockers while being himself in the cross-hairs of government agencies BOOTS and the Public Safety Commission Section 5, and mysterious pursuers like Shamonji the beautiful swordsman and the undead soldier, Pale Horse, who arisen from the dead. Just what is Void s goal, and for what purpose does he stretch his raven wings? Summary by OMFGG-Scans