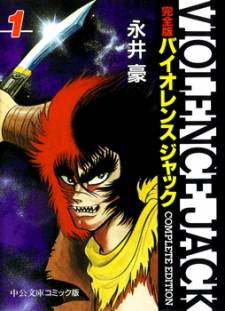 September 11, 197x, In the whole Kantou region a magnitude 8-9 violent earthquake occurred. Scholars called it the great destruction of the Showa Era, but the people called it the earthquake from hell! Volcanoes erupted, buildings crumbled, Tokyo became decimated in a single day. The government, after failing to recover the city, abandons Tokyo and moves the capital. The survivors form a society with no laws. In this harsh lawless world emerges Jack, a 10 foot giant who annihilates anyone and anything in his path. The manga details his journey.