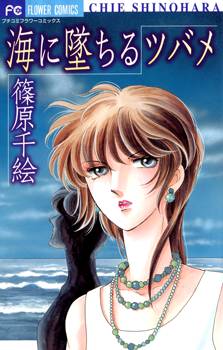 A Swallow Falling into the Sea

From WoC Scans: Collection of mysterious stories by Chie Shinohara, a great artist of suspense manga. Story 01 Part 01 & 02: ???????? (Umi ni Ochiru Tsubame - Swallow Falling into the Sea) Masako Minase, a scriptwriter, was murdered by Shiki Morimura, her rival in the same profession. Shiki was sure that she had destroyed evidence completely. However, someone who knew the truth appeared, and tried to get Shiki in his power. Is it a mysterious spot or unhappy desire that lurks in her mind? It was also published in Akatsuki ni Tatsu Lion (bunkoban version) Story 02: ????? (Kioku no Ashioto - The Footsteps of Memory) This is the story about Shouko and the almost tragic moment that changed her life and emotions ... It was also published in Akatsuki ni Tatsu Lion (bunkoban version). Story 03: ????72?? (Shikeidai no 72-jikan - 72 hours of death stand) Five young people receives a letter saying that they murdered someone and they must go to the address in the letter if they don't want other people to found out. They all find themselves in a old European house, where a crazy lady tells them that one of them is a murder and if that murder don't confess in 72 hours, they will all die. It was also published in Toubou Kyuukou (bunkoban version).