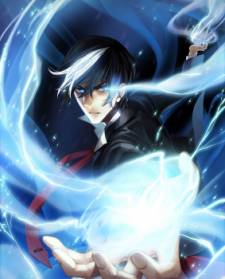 As a little boy, Si Mun, the grandson of a famous shaman, had the ability to see - and communicate with - ghosts. His grandmother gave him a talisman which temporarily rid him of this ability and erased his memories of any supernatural phenomena he had witnessed. Years later, Si Mun is working a hectic, yet ordinary, job as a homicide detective in the Korean police force. His grandmother has since passed on - and the powers she sealed away appear to be reawakening... Original webcomic