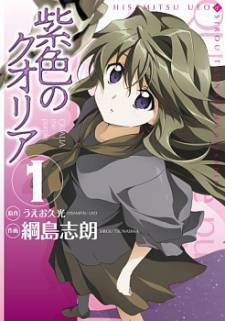 From MangaHelpers: Hatou Gaku has a very odd friend at school named Marii Yukari. Yukari has purple eyes and a bizarre way of looking at the world: she sees all living things as robots. This has not always worked out well for Yukari, even costing her a best friend when she was younger. However, Yukari insists that the things she says she sees is true, and her vision seems to give her insight into the abilities of others. Gaku thinks she's just weird, but she soon realizes that Yukari has unexpected talents. It seems she can fix anything, and even the police come to hear her insights. It turns out that Yukari's purple eyes are not unique in the world! However, there is one important distinction among those who see humans as other objects. Do humans appear as unimportant as objects, or do those objects appear as important as human beings? [tethysdust]