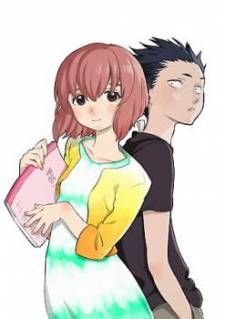 The Shape of Voice, A Silent Voice

A one-shot about a grade school class that accepts a girl with impaired hearing. Everything is not as happy as it seems.Although this one-shot won the 80th Weekly Shounen Magazine Newbie Best Mangaka Award, the vector of the content made it difficult for publication on any manga magazine until it was picked up after months of legal dispute by the February edition of Bessatsu Shounen Magazine, where it won first place.This one-shot was recently publicized again on the 12th issue of the 2013 Weekly Shounen Magazine and serialized on the 36th-37th double issue of the same year.