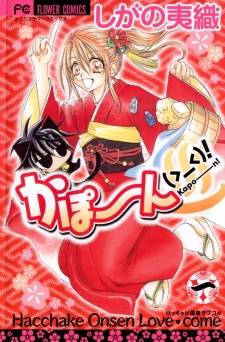 Emi, the cherished daughter and heir of a traditional Japanese onsen (hot spring) hotel owner and her childhood friend, Aki, the heir of a large national hotel chain used to be best friends. However, for some reason, they now compete with each other in every way. After losing a bet to Aki, Emi was ordered to \"accompany him after school\" by him, and she gradually realizes that she might still have a passion to him. Despite her sudden realization, the competition between the two hotels has brought the situation to a shaky ground.