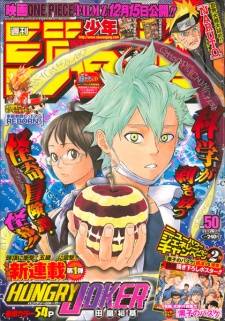 In the 2100s, a new virus has arisen that has dramatically evolved the wildlife into deadly monsters. Humans have been left behind by the virus's explosive evolution, and they are facing extinction. The only protection humanity has is the government's battle scientist organization, known as the White Jokers. Alice and her little sister Mona live in an isolated island city, where they have no hope of either running away or being rescued by the far-off government's White Jokers. Alice is determined to protect her little sister, but she and her handguns may stand no chance against a major attack. One day, a strange boy in a white lab coat, with a mysterious timer floating over his head, appears. Is he a White Joker, and will he be able to protect their little city?