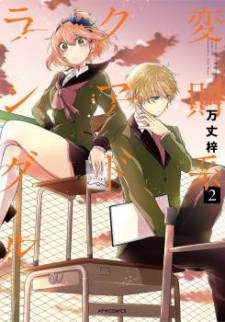 In high school, Maki Eiji was a delinquent, often skipping class and getting into fights. One girl, Chino Kotoha, was kind to him, until she was targeted by delinquents due to their apparent relationship. Suffering their attack seemed to have permanently changed her for the worse. Years later, when Eiji sees her again, he is overcome with guilt and regret. To his surprise, a mysterious scantily-clad woman suddenly appears, claiming she can send him back in time to make everything right! He takes her up on the offer, but things are not as simple as they may have seemed back then. It turns out that Kotoha had her own painful secrets in those days, and Eiji may not be the only one traveling in time to change the past! [tethysdust]